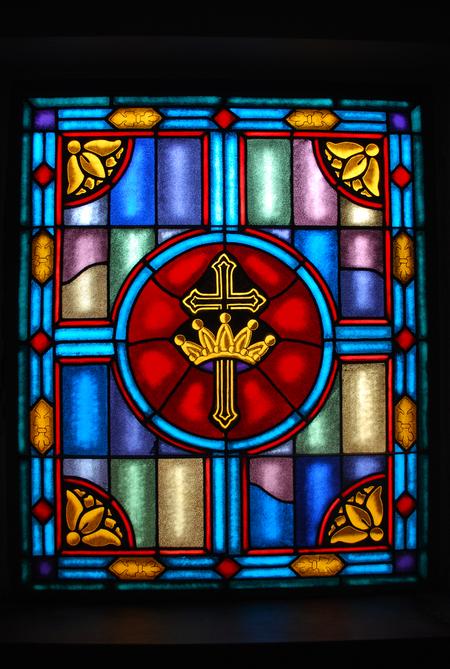 A cross inside a crown.

Both the cross and the crown are important symbols in Christendom.  The cross is the most significant symbol of Christianity because it recalls the death of Jesus Christ who was crucified for the sins of the world (Colossians 1:15-20).

When the cross and the crown are placed together, they symbolize Jesus who willingly died on the cross to defeat sin, death and the devil; and who gives the crown of eternal life to all who believe in Him.

A Cross Inside a Crown