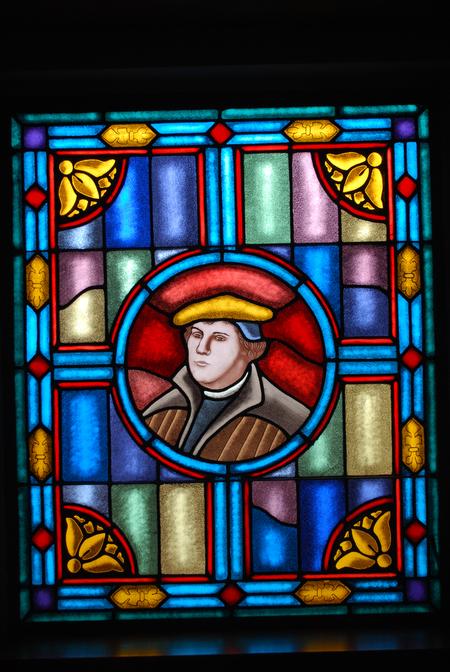 Martin Luther lived from 1483 to 1546.  He sought to bring the church of his day back to the teachings of Christ as was handed over to the Apostles and taught in the church from the earliest days.  He began this on October 31, 1517 when he nailed the "95 Theses" on the church door at Wittenburg.

God created man to keep the commandments in love.  Man sinned against God.  The Bible says that the wages of sin is death.  God still expects man to keep his commandments.  Christ came and paid for our sins with His life and was raised from death as a sign of forgiveness.  Even though Christ died for our sins we still sin each day.  Therefore St. Paul says "we are justified by faith apart from the deeds of the law."  (Rom. 3:28) This is the "Evangelical" message that had been lost in the church because of the emphasis on good works having a part in saving man.

Luther's writings have influenced almost all the major denominations.