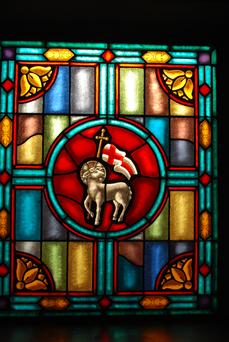 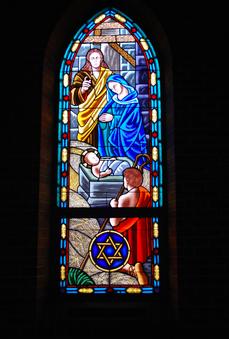 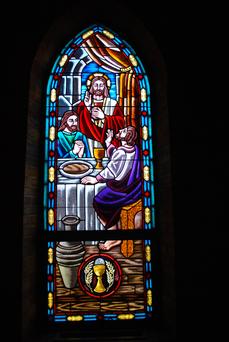 Stained glass has been used for a long time in churches.  The origins of the first stained glass windows are lost in history.  But the technique probably came from making jewelry, cloisonné, and mosaics.  Stained glass windows as we know them seem to have become popular when substantial church building began.  By the 10th century, windows depicting Christ and Biblical events were found in French and German churches.  Around the same time windows with decorative designs were found in England.

The windows of St. Paul’s were made by Mrs. Barbara J. Raby, of Laukhoff Stained Glass of Memphis, TN.  The windows over the altar and at the back of the church were part of the original construction of the church built in 1958.  The remaining windows were made and installed between 1978 and 1987.  Windows were cleaned and restored in 2017.

Click on a picture to take you to an explanation and scriptural references of each stain glass window. 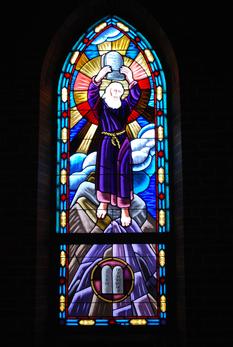 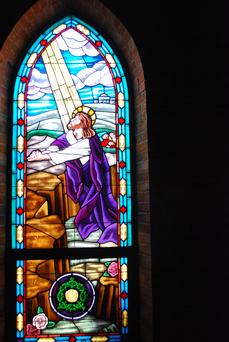 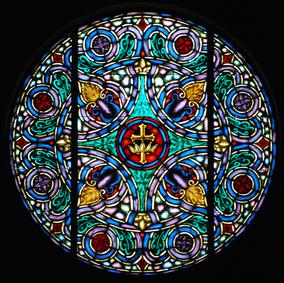 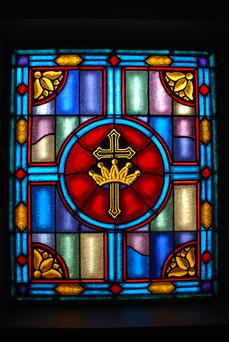 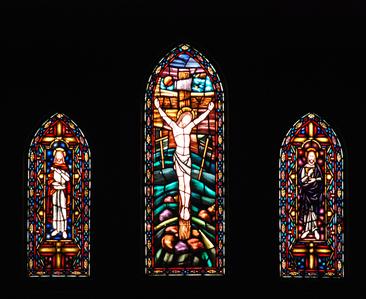 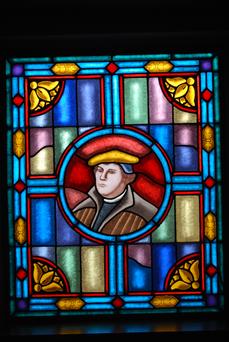 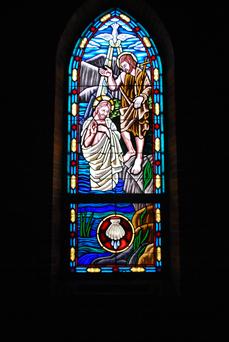 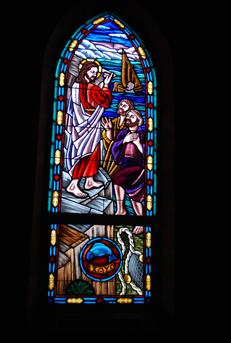 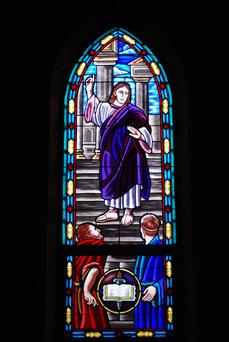 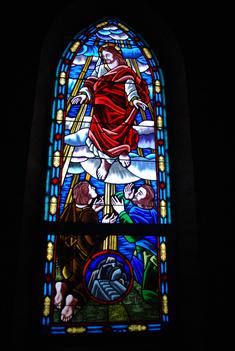 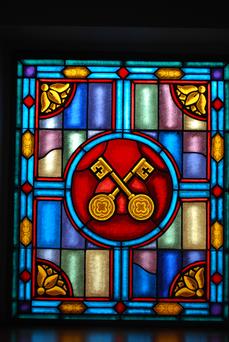 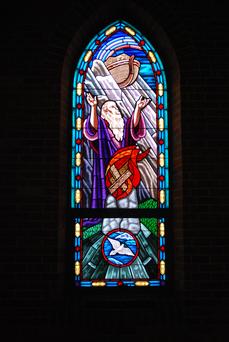 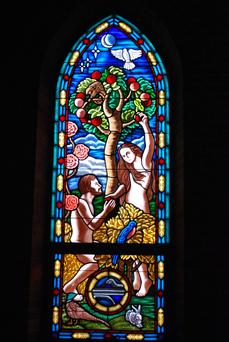 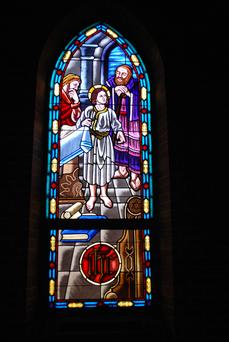 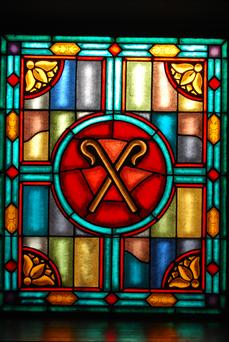 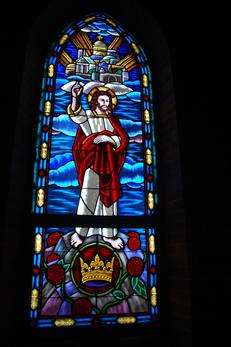 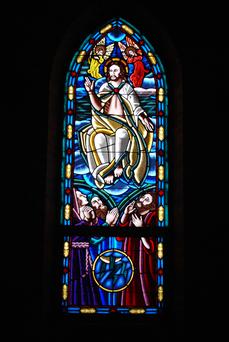