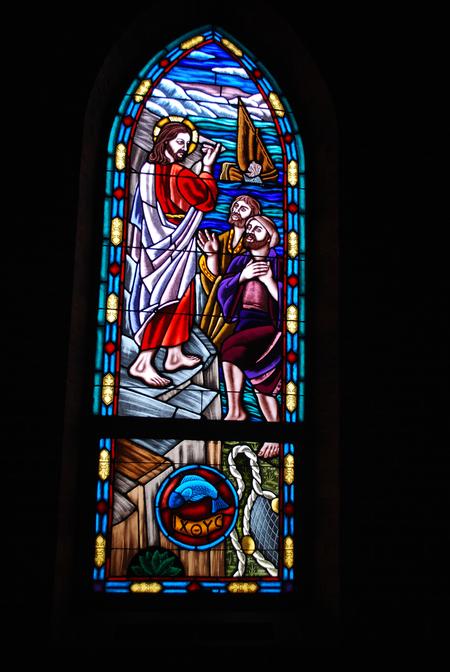 Jesus is calling His disciples from their vocation as fishermen to a full-time vocational commitment to Him.  There are two boats.  Peter and Andrew are in or standing next to one of them; Jesus is talking to them.

Jesus is calling these men to assume what will become the apostolic office.  He is not simply asking them to be His pupils but to make a 100% commitment to Him.  They along with the others including Paul will form the foundation upon which Christ will build His Church in the times of the New Testament.

The Calling of the Disciples