The ark rests upon the mountain. Noah and his family are gathered around an altar offering sacrifices on the side of the mountain below the ark. A rainbow arches over the scene in the background.

The ark with Noah and his family has come to rest on Mt. Ararat.  The waters which God unleashed in the flood have subsided. God promises that such a flood will not be sent again. As a sign, God displays the rainbow confirming His covenant with Noah and his descendants. 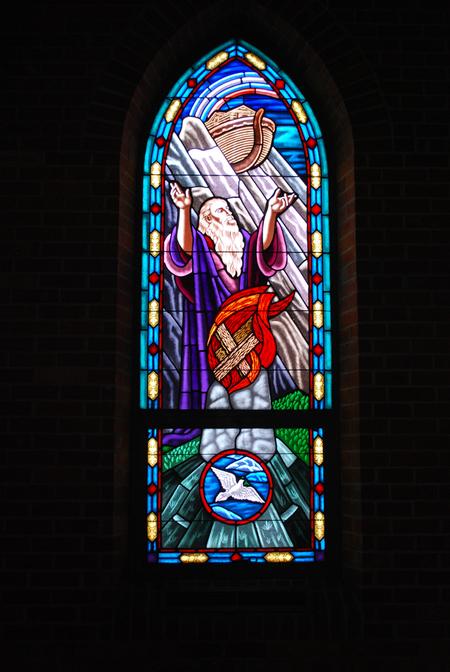