The key is also a symbol of the pastoral office, which is also called “the office of the keys”.  In Matthew 16:13-20, Jesus Christ gave the keys of heaven to the Christian Church.  Each Christian congregation then calls pastors to carry out the office of the keys publicly on their behalf by forgiving the sins of repentant sinners or by withholding forgiveness from the unrepentant.

This window is located in the pastor’s office. 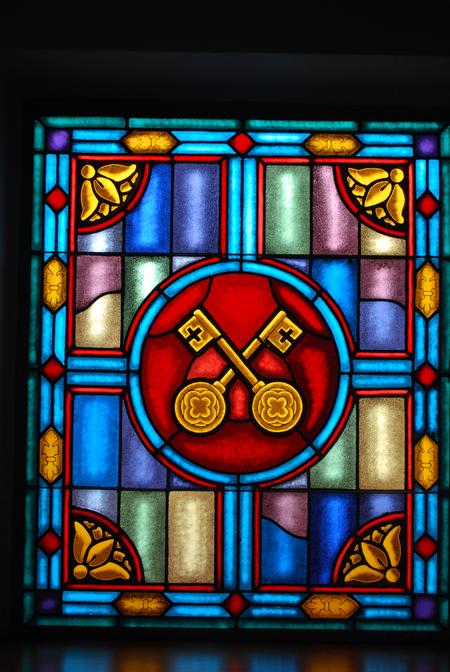