Each part of the shepherd’s crook has meaning. The straight portion of the crook is symbolic of righteous rule.  The curved portion is symbolic of reaching outward to draw people to Christ.

The shepherd’s staff is a symbol of Jesus Christ who is the Good Shepherd.  As the Good Shepherd, Jesus cares for His flock (Psalm 23) and lays down His life for His sheep (John 10:1-6, 11-18).  The two crooks in the widow form the Greek letter “Chi” which is the first letter of the title “Christos”, which is Christ in Greek.

The shepherd’s crook is also a symbol for the pastoral office.  Pastors are under-shepherds of the Good Shepherd who has called them and given them charge over a flock of Christians (John 21:15-17; 1 Peter 5:1-4).  As under-shepherds, pastors guide, lead, and serve their congregations in the stead and by the command of Jesus Christ.

This window is located in the secretary’s office. 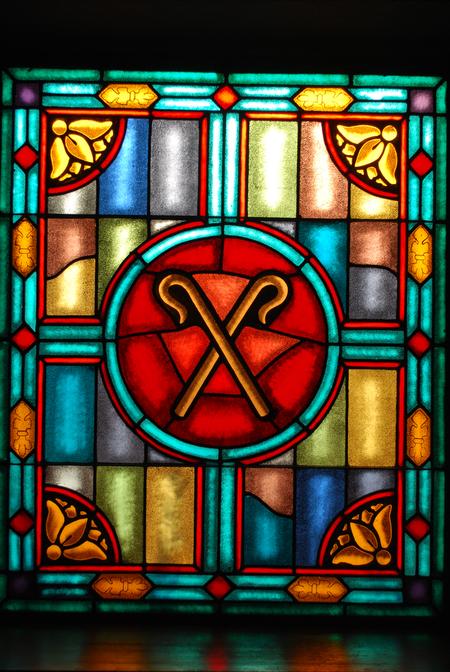